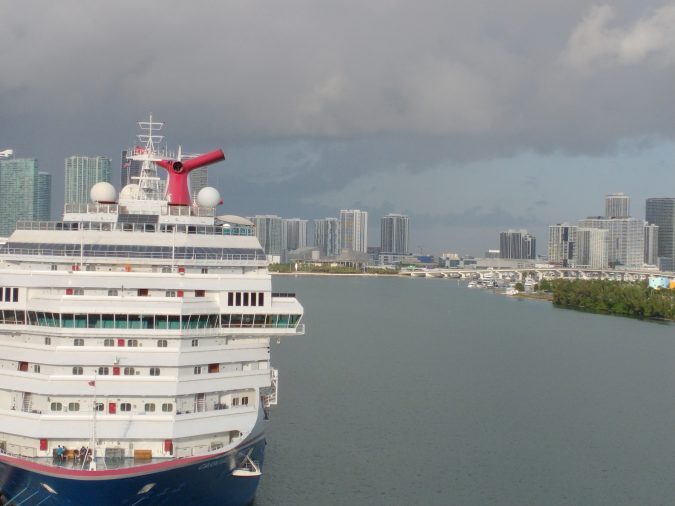 Preparing for the Cruise

You would think I would be excited to finally be getting back on a ship after 18 months of not cruising. Yet I haven’t been as excited as I hoped. I desperately need to be back on the water, to feel the movement under my feet, to see the ocean surrounding me as far as I can see. Yet there is a part of me that is not excited. A part of me that has wavered about whether I wanted to go or not.

My sister has been so very excited that she can hardly contain herself. Not once has she considered all the added steps and changes in our journey. She is perfectly fine with getting the covid testing done in time, and with wearing a face mask most of the time.

I was unable to find a place to get a rapid antigen test that wasn’t hours away. I ordered the emed supervised tests the cruise lines are accepting. I also did schedule a PCR test at CVS near my home. It had been recommended to me by several friends who have recently traveled to schedule and take two test. One of them only got their result back an hour before they boarded their plane. The other had her test come back inconclusive and so had to postpone her trip. I had never thought about the fact that the test could come back inconclusive!

Took the PCR test, easy. Done, waiting on results which might come back before I board or might not.

At home, I set up to take the emed test. Setting up the app, logging in to emed went smoothly and easily. As the proctor came on and we tried to get started the video connection wasn’t staying on. The proctor was having trouble seeing me, yet I was seeing the instructions on the screen. Disconnected. Log back in tried again. Still no go.

I called a friend and she brought over her computer. I logged on using her computer and from there all went easily and smoothly. I saw my negative result in front of me and had my formal result form by the time we disconnected.

I would highly recommend using the at home monitored emed tests for cruising.

Done. Have negative test result.  I don’t need to count on my backup PCR test now.

Susan lives in a metropolitan area so getting a test is not issue for her. Scheduled and taken and negative. Good to Go.

Early the next morning I head to Baltimore where we are spending the pre-cruise night and leaving from port the following day.

While waiting for my sister’s plane to arrive in Baltimore from Boston, I received my PCR test results. Again negative.

Boarding for a cruise is a process of lines, line after line. Sometimes the process moves quickly and smoothly. Sometimes you wait and wait, inching your way. Sometimes it is a mass of people congested with lots of commotion.

The lines started out slowly moving forward. Everyone waiting excited to be finally going on a cruise again. The congested started at the area where they were checking your passport for identification and your covid test results. The desks were too close to the security lines and even though the test result checking went smoothly and easily, the back up through the security lines caused congestion.

Once through this area the rest of check-in went smoothly. And onto the ship.

Masks had to be worn through this whole process, but that wasn’t an issue or a big deal for anyone it seemed. Everyone had their mask on.

Masks were required inside the ship except for in your stateroom and once seated in the dining room.  And the main theater and the other lounges had a sip and mask policy.

For the first few days, most people wore their masks when inside unless they were sitting eating or drinking. Some people always seemed to make sure they had a drink so they could have their mask off. Then again many of them would have always had a drink in hand anyway!

It was in the piano bar that right from the first night people did not wear their masks at all. And yes most everyone was drinking. The policy was sip and mask, not like in the dining rooms where you could keep it off the whole time you were seated.

It was about 3 or so days into the cruise when the masks seemed to be mostly off whenever anyone was sitting down. It didn’t matter which lounge or where. Most people still did wear their masks walking around the corridors and on the elevators. I think that most everyone was respectful on the elevators and wore masks.

As the week went along it seemed less and less where wearing their masks in any of the lounges or venues.

Most people felt safe. Everyone on the ship was vaccinated and had a negative test before boarding. I heard many times during the cruise that they felt safer on the ship than anywhere.

Outside of course masks came right off. If you watched the doors as people stepped out on deck, their hand went automatically up and took off the mask. It became a routine. And as they approached to go inside, they would stop and put it on if they hadn’t already. Forgetting putting the mask back on when going back in side happened more often as days passed. Yet at some moment they would remember or seeing someone with a mask would remind them.

I think people spent more time out on deck than they usual would on a cruise just to have time without the mask on.  I did. I do love spending time out on deck, but I think I avoided some inside activities inside unless it involved food and drink.

We always enjoy tea time so that was a given. I went to all the liquor tasting, and the cooking demonstrations. I usually only go to either champagne events or rum tastings. I tried liquors I never drink but it was fun. I had never gone to the cooking demonstrations before. I never knew what I was missing. Even though I didn’t like some of the ingredients in a dish I tried them anyway! I stepped out of my food comfort zone. And I liked it!

Every port of call had different rules. At the talk about the protocols at each port, when the cruise director said you didn’t need masks at anytime in Aruba, the cheering was so loud they might have heard it in Aruba.

Most ports mask were required inside places but not outside. Several ports even required us to wear them outside.

Masks were required on all excursions except when your excursion stopped at a beach or having food or drink.

Walking around outside in the heat of the Caribbean was the worst. Luckily we had beach stops for most of our tours. Our favorite excursion was ended up being the one where we didn’t have to wear masks! We found ourselves spending as much time as possible either on the beach or eating and drinking. It made us see less of the area and explore less at the ports of call that required masks outside too.

These protocols change often so you can check and see what the requirements are before you go but they may change before you arrive, when you arrive and while you are there even.

All the protocols allow have brought cruising back. The ships are back. Cruising is possible.

All the protocols makes cruising the safe. In my opinion, Cruising is safer than coming on vacation to the island I live on. (Unless you come and stay inside your beach house and only walk out on the beach when there aren’t many people out there).

At the beach from the beginning people thought they were safe so they didn’t wear mask anywhere. Most people still don’t. Even when it was required inside, most people only did it in front of staff or only when they were asked to. Often they didn’t even then. And there is no requirement that you be vaccinated. (I am not saying there should be, just that unlike a ship you don’t know who is and who isn’t, so you don’t have all the facts).

Still, truth be told I wish things could return to normal. The process of pre-covid testing is the biggest hang up for me. Scheduling it in the required time period has even made me not be heading to port pre-cruise as early as I would like to. And I respect and will wear a mask if required and out of respect for others, but it is still uncomfortable for me.

For regular cruisers, no protocols will stop them from cruising.

It isn’t and won’t stop me from cruising. In fact, the protocols make me more comfortable on a ship then anywhere I travel to. So until the day when life can resume without these protocols for the safety and health of everyone, the protocols have just become part of the cruise preparation and experience.