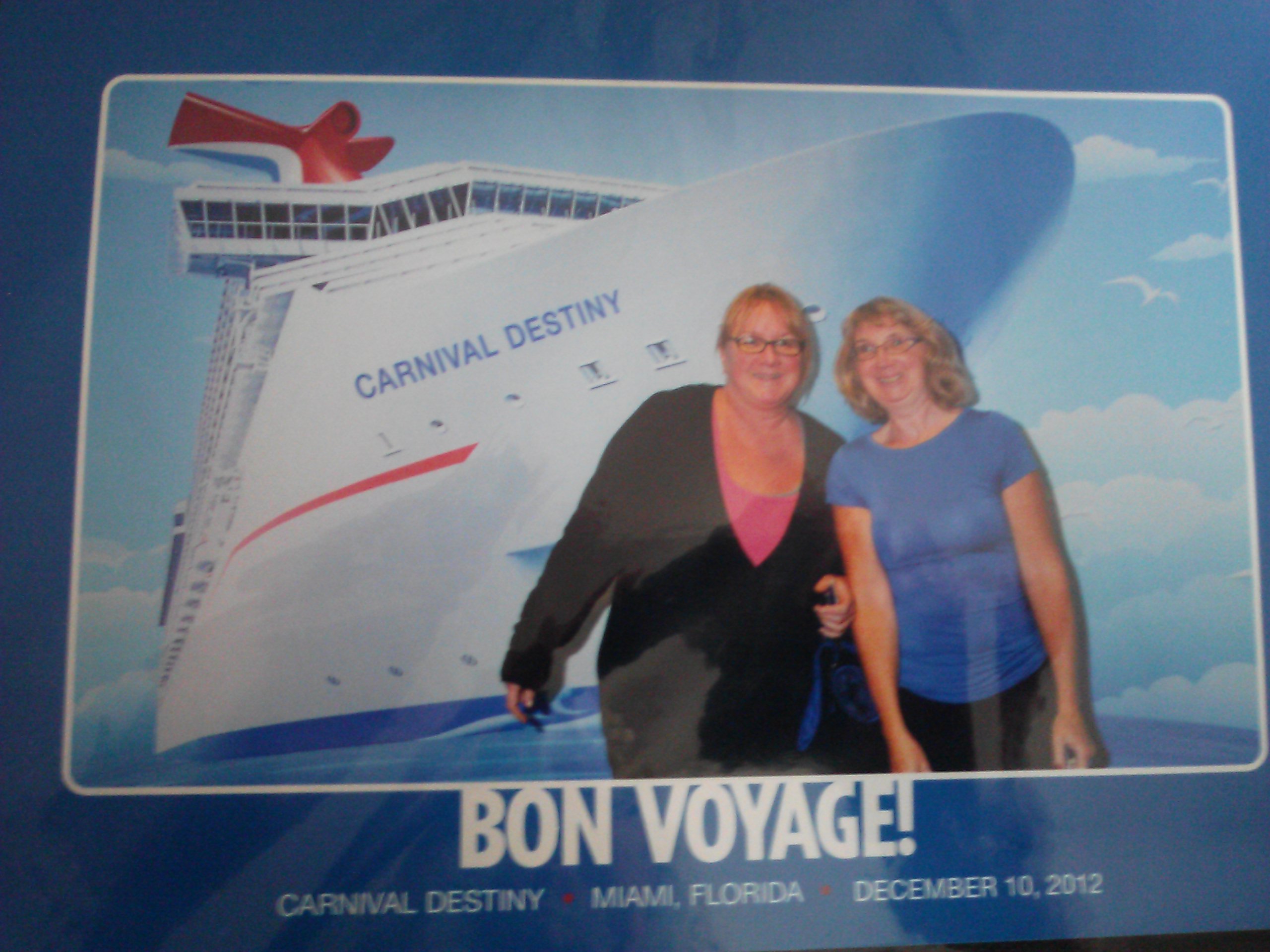 My sister, Susan and I began taking cruises when we were teenagers. Our dad spent time working at the port and loved the ocean and ships. When his business was doing well Carnival Cruise lines began cruises out of the port of Boston. He was so excited for us to take a cruise.

Our first cruise on the original Carnival ship, the Mardi Gras was an adventure at sea. We encountered a hurricane roaming erratically in the Atlantic. Several cruises later we embarked on a maiden voyage of a new ship. Eventually our cruise days dwindled and real life, marriage and children took precedent. But I was ever so great for the opportunity to be at sea and go on so many wonderful cruises. The memories sustained me and I always knew one day I would return to the sea and traveling.

Several years ago when our mother was diagnosed with Alzheimer’s, my sister and I decided to revive our family tradition and began taking yearly cruises together. It has become a wonderful way to get together and spend time with each other. My sister still lives in Massachusetts not far from where we grew up but I now live in North Carolina. The ocean has become a central aspect of my life. The ocean is a connection between us and our childhood. It is a bond that continues to thrive.

We ventured out slowly, first taking a short five day voyage out of Miami. The next year we missed taking a cruise because mom was in the end stages of Alzheimer’s. After she passed away early the next year we planned our next cruise. To usher in a new chapter in our life, we planned a longer cruise, a nine day cruise out of New York City ending in San Juan, Puerto Rico. This cruise was our first big epic adventure together and our revived tradition became solidified.

Here I am going to document our travel adventures. This will be an ongoing series. At present we have been going on one cruise every year. Our goal is to not only continue that adventure but to eventually begin spending the winter months living in places we have always wanted to live. Our focus is mostly the Caribbean islands as we love island life and warm weather but sometimes we plan to take other adventures to places we haven’t been. Each trip is not an exploration of a new destination but an exploration of ourselves and our being. Not only are we learning about the places, culture and people we visit but we are learning about our self, our relationship to each other, our past, to the environment, to others and to the world at large resulting in our own personal growth and development. It is about stretching ourselves, stepping out of our comfort zones and growing deeper into our own deeper authentic self.

Welcome to our journey.